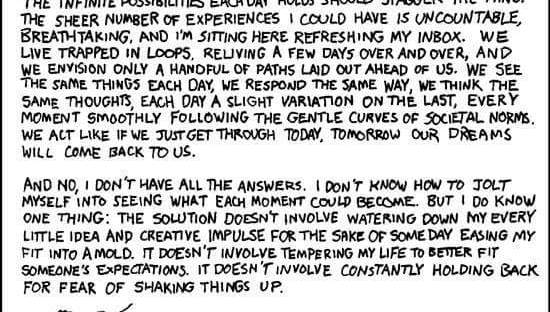 Camus wrote “The Myth of Sisyphus” after the suicide of his wife. He wanted to prove that life was worth living, despite its inherent absurdity.

Camus described four steps of realizing that life is absurd:

– The realization that our core beliefs may be wrong.

– Realization that it is impossible to truly know something.

– Looking into a mirror and momentarily not recognizing oneself.

As we realize that the things we take as obvious and granted are actually with vague support we become aware of the absurdity of life. He argues that life is meaningless – we spend our lives doing ultimately meaningless tasks, we do not even recognize ourselves, and the most core part of our personalities are not even static. But herein lies the meaning of life: to freely make it our own.